“The Fifth Wave” lives up to expectations 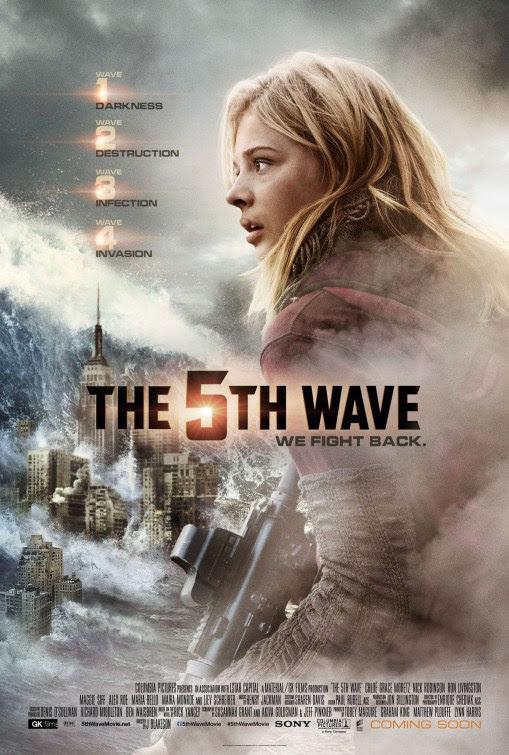 A&E reviewer Meghan Schuyler writes that "The Fifth Wave" did the best it could to adapt the book into a movie. Credit: Columbia Pictures

Amid the numerous dystopian films where humanity is the force that has become dictatorial and is destroying the world, is a dystopian film with a different evil force – aliens. Adapted from the novel of the same name, The Fifth Wave was released to theaters Jan. 22, 2016.

Amid the numerous dystopian films where humanity is the force that has become dictatorial and is destroying the world, is a dystopian film with a different evil force – aliens. Adapted from the novel of the same name, The Fifth Wave was released to theaters Jan. 22, 2016.

The film opens with a scene from around the middle of the movie, chronologically, which effectively creates suspense. The movie then returns to the beginning of the invasion, describing the three waves that have occurred: Darkness, Earthquake and Disease. From here, we follow Cassie, played by Chloë Grace Moretz, and what remains of her family, as they are separated, and the fourth wave begins.

Now on her own, Cassie attempts to find her little brother amid a world infested with aliens who have invaded human hosts, and are killing the survivors – the fourth wave. The movie switches between the perspectives of Cassie, who meets a man she is hesitant to trust, Evan, played by Alex Roe, and Ben, Cassie’s high school crush, who is played by Nick Robinson. Ben, now dubbed Zombie, is at a refugee center with Cassie’s little brother, Sam, played by Zackary Arthur, allowing us to follow his story as well.

I loved meeting every single person that worked on 5th Wave and now I love meeting people watching the movie! 🐻❤️🌊 https://t.co/IUR6DWO6dW

Although the movie is receiving fairly low reviews from sites such as IMDb, and Rotten Tomatoes, as far as book to movie adaptations go, I think it did the best job it could. Although I can see how it feels tired and repetitive of the many dystopian films being released, it has its individual qualities and differing themes, which set it apart. Of course the movie does not follow the book perfectly, as it cuts out some scenes, and does not have super rich character development, but this is to be expected when trying to encompass a 500-page novel in a two-hour movie. Overall, I think it effectively included as many scenes as it could, and provided the story as accurately as possible under the limitations a movie poses.

Author of the novel, Rick Yancey, in an interview with Hypable talked about his feelings on the adaptation. Although at first nervous, Yancey came to a profound conclusion, “Movies are not books. Books are not movies.” For those fans who do not particularly admire the casting of the film, Yancey said:

“One of the delightful things about reading (and writing) is the gift of being able to envision a character (the particulars of how they look, sound and move around) in your own way. My Cassie is not your Cassie. The core is there, but the particulars, the finite details, belong to each individual reader. It’s the same for actors. Chloë [Moretz]’s Cassie may not necessarily be my Cassie, but that’s a good thing. It’s one of the things that makes art unique and special.”

Overall, Yancey is proud of the film, as are the actors. For Moretz, this was not her first big role, while for others such as Roe and Arthur it was. The actors reported having a fun time on set, and an immersive and touching experience filming the movie.

If you’re searching for an action-packed, yet emotionally touching film, The Fifth Wave is the perfect option. If you enjoy the movie, I would recommend the book, which is an even more in depth, enriching, and riveting version of the story.