The issue on immigration: there is no solution in quarrelling political parties 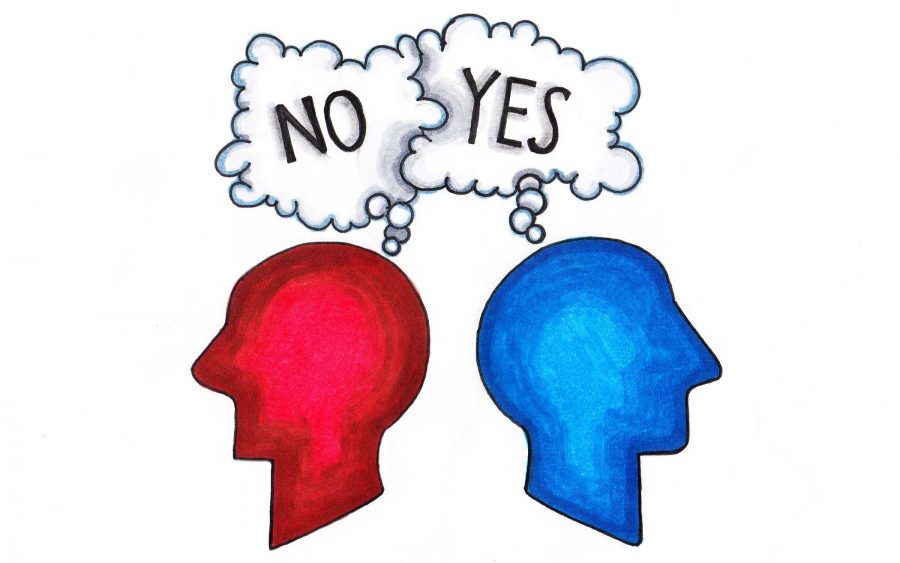 “Scripture tells us that we shall not oppress a stranger, for we know the heart of a stranger — we were strangers once, too” stated President Barack Obama on Nov. 20, 2014 on the prominent issue of immigration, which both conservative and liberal parties have been working to resolve.

“Scripture tells us that we shall not oppress a stranger, for we know the heart of a stranger — we were strangers once, too” stated President Barack Obama on Nov. 20, 2014 on the prominent issue of immigration, which both conservative and liberal parties have been working to resolve. While immigrants can enter lawfully, many choose to enter undocumented, showing a complete disregard for our government which ultimately makes them deportable.

However, the president unveiled plans to shield 5 million undocumented immigrants from deportation, altering the immigration system unilaterally, or without the consent of Congress. On Jan. 19, 2015 the Supreme Court declared that they will soon decide the fate of this controversial action, heating the conflict between the methods of both political parties.

As we await the future of American immigration, we must realize that this problem isn’t going away and that arguments between democrats and republicans won’t solve this problem, especially if our methods are shifting back and forth between presidents.

Instead, we must evaluate the center of conflict. Deferred Action for Parents of Americans and Lawful Permanent Residents (DAPA), which revolves around the conflict of an undocumented alien giving birth to a child within the United States. According to the IRS and the Child Citizenship Act, any child born will receive immediate U.S. citizenship so long as they meet four requirements, one of which is that one parent is a U.S. citizen by birth or through naturalization.

However, in 2013 an estimated 4.3 million undocumented immigrants are a parent of a U.S citizen in California; DAPA allows for these parents to obtain a temporary lawful presence. This grants them work authorization and recognition under law.

Yet, these are similar, if not the same benefits as that of a lawful permanent resident, or a legal alien who obtains a green card, effectively giving those who disrespected our national guidelines the equivalent to what those who adhered to and abided by our process have.

Now we view the response from both parties: Republicans are confounded by the president’s decision to make someone who is observably illegal and suddenly treat them as if it was no trifling matter, or as CNN reported Texas Attorney General Ken Paxton declaring it “power to deem unlawful conduct as lawful.” Democrats consider this to be in the best interest of the citizen children and their family, a big factor being a greater income from the benefits of temporary legality. “Felons, not families. Criminals, not children. Gang members, not a mom who’s working hard to provide for her kids,” as stated by president Obama.

Both points are valid and both are constructive towards our regulation of illegal aliens, but the reality is that they are both pieces to a greater solution, one that acknowledges the error of such a drastic inversion of legality and the effect on the family trying to raise a U.S. citizen. Both sides are right, but the practical decisions will always be done unilaterally themselves, always accommodating for one political party and omitting ideals of the other because they are considered wrong.

Instead, we could grant unlawful parents of permanent citizens a temporary residence that remains partial and warns them of immediate deportation should they behave illicitly. We can also continue working on a tighter seal on new illegal immigrants and rectifying what’s already inside our nation. Yes, targeting criminals but not allowing that mom sudden legality despite her past actions while still helping her should she do right.

Unfortunately, we may never see this come to reality. Every four to eight years a new president will take office with the incentives of their party, working to please Americans who agree with them, opposed to the nation as a whole.