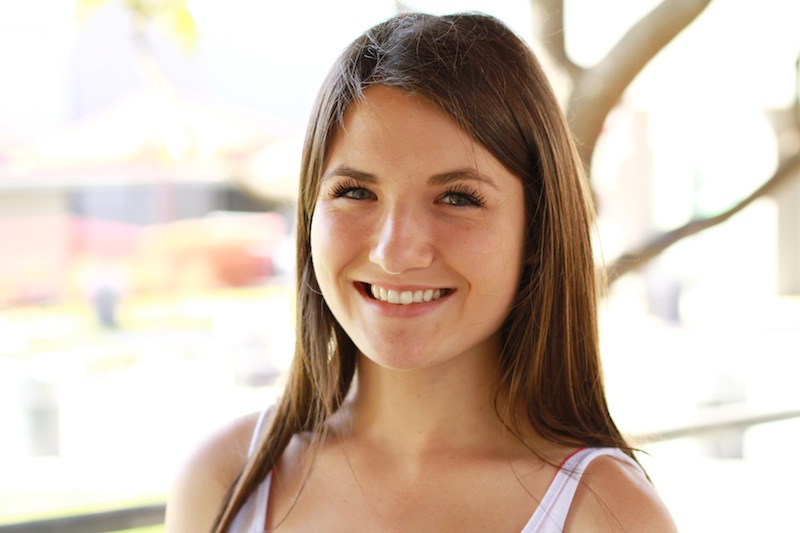 “There were separate buildings [in the orphanage],” Brody said. “I was in a unit with some older girls and some boys, and we became really close; they were like brothers and sisters to me. So it wasn’t really bad living in the orphanage, but it wasn’t all good either.”

Contrary to the current popular belief that all Russian orphanages are inadequate institutions, some orphanages there are very well-run. Brody’s adoptive mother stated that in her experiences traveling in vast Russia, the orphanages in the cities were quality establishments, while some in the countryside were not as superior.

Brody’s mother, who did not want to be identified for this article, said that Alyona’s orphanage looked very clean and that the children seemed very well taken care of.

Her mother emphasized that the orphanage Alyona came from was of high quality, and did not fit the fixed, negative descriptions that are widely spread in the United States today. While some orphanages are interested in profiting from state funds of $18.5 billion a year which mostly go to the wealthy officials behind the system, social welfare experts note that other institutions operate excellently, with well-rounded staffs of therapists and counselors.

After Brody was placed in the orphanage, she lost touch with her biological family. Today, she misses her little brother and hopes that she can see him before he is enrolled in the army at 18 years old- a requirement for all Russian boys.

Completely losing touch with a  troubled family is common for most Russian ‘orphans,’ of which 70 to 80 percent actually have living parents.  Although Russia’s social service system provides the majority of its funding to the country’s susceptible citizens, due to its own harsh economic plight, it still is has a vast dearth of most basic social services for troubled families, such as rehab and counseling.

Shortly after starting her life in the orphanage, Brody learned that an American couple was interested in adopting her.

“I don’t really remember [how I felt], but I’m sure I was happy,” she said. “Just being able to come to America and start a whole new life was life changing, because in Russia it’s so different from what it’s like here. On a scale on one to ten [on how lucky I am] it’s beyond ten.”

Before her adoptive parents decided to adopt a child from Russia, they researched various countries for two years. Eventually, they decided on Russia, partly because Mrs. Brody felt a personal connection to the country; her great-grandparents had immigrated from Russia.

The adoption process took a year. Brody’s to-be adoptive parents flew to Kemerovo, an industrial city, and drove to the orphanage located in a different city several hours away. Brody’s orphanage sent a video of her to the couple, who were also considering children from other institutions as well. In the end, however, Brody won their heart, and the adoption was confirmed. At six years old, Brody began a new life in the United States.

To prepare themselves for taking care of Brody,  her adoptive parents bought clothes, toys, and furniture for her. They were excited to give great opportunities to Brody that a typical Russian orphan may never receive, and they were especially excited to have a family. They were worried about one thing, however.

“[We were worried about] how she would adapt to a new culture and new language,” they said.

But Brody said it took a few months for her to learn how to speak English and become accustomed to life in the United States. She started school in March, and spent the remaining two months of the school year learning between first grade and kindergarten classes. She also had hourly sessions with Russian tutors at the school. That summer, she went to summer school and studied with regular tutors. Brody credits the wide range of help she received from her parents and tutors.

“My parents used to stick sticky notes around the house, so I knew what was what,” Brody said. “I just had a lot of help from a lot of people.”

Compared to most adopted Russian children, Brody faired extremely lucky. Russia, the third most popular country for adoptions, has the highest rates of neurological disorders among its orphans- although the national percent is unknown, a study depicted from a group of orphans showed that about forty-five percent showed mild signs of fetal alcohol syndrome disorder, or FASD.

Dr. Ronald Federici, whose work with damaged international orphans was featured on NBC, operates a clinic in Virginia. A passionate adoptee himself, he has adopted several children from Eastern Europe. Federici’s clinic helps adopted children with severe behavior problems, and  he has described some as acting “feral” before treatment.

“It is very important that the families keep [children with RAD] at home and teach and train them step by step, to come out of an abusive place and learn everything normal- as they never had a normal child development,” Federici said.

However, some couples are unaware of this process when adopting, and RAD and FASD sometimes prevent meaningful connections between children and parents; it can also cause the orphans to act out.

Poorly-behaved Russian children have lead some American parents to mistreat them, sometimes giving them up to other people illegally or even sending them back to Russia. Over the past twenty years, there have been nineteen deaths of Russian children in American care.

These incidents, along with the passing of the Magnitsky Act last December, led Russian President Putin to retaliate by passing the anti-U.S. adoption bill at the end of the same month.

Numerous adoptions were suddenly halted, and many families and couples were devastated.

Brody, too, is sad and worried.

“It scares me,” she said. “There is so much the U.S. can do to adopt all those children. But just one mistake and they stop it all. When I grow up, I hope they don’t keep that law, so I can adopt from [Russia] too.”