El Niño: What to expect and how to prepare 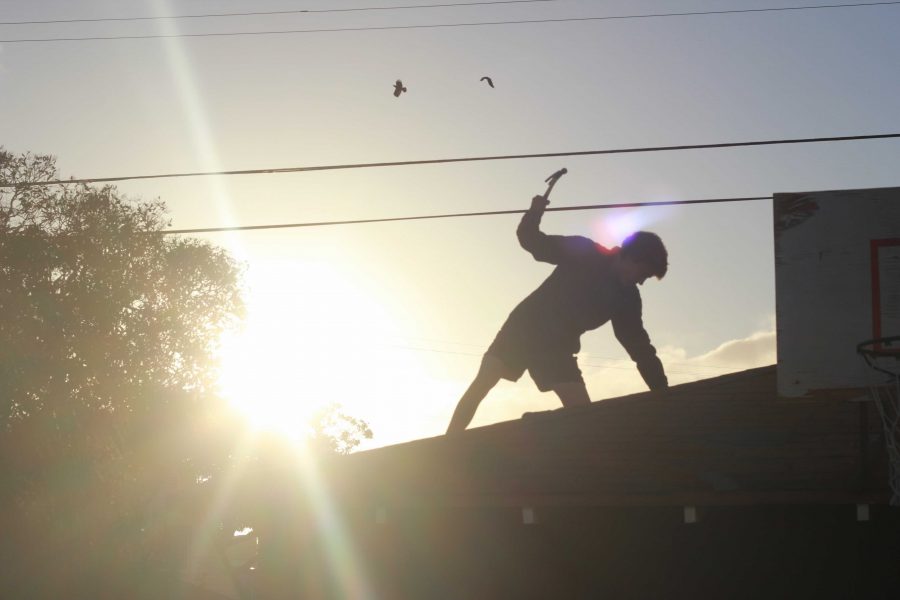 Described by the National Oceanic and Atmospheric Administration (NOAA), El Niño “refers to the large-scale ocean-atmosphere climate interaction linked to a periodic warming in sea surface temperatures across the central and east-central Equatorial Pacific.” This causes the surface of the Pacific Ocean to warm, causing the warmer water accompanied by the storm clouds to be pushed towards the equator, resulting in the rainfall.

After several days of downpour, heavy rain culminated into a thunderstorm in Ventura County on Jan. 6th, causing freeway closures, campus damage, and flash floods. In the wake of these events, it becomes of utmost importance to know how you can be proactive and prepare in order to minimize property damage, and most imperative of all, to ensure your safety.

“I remember sitting in Mr. Dinkler’s class, […] and there was a ton of rain. […] [Up the coast], I think dozens of people were killed in a mudslide just a few miles from here,” Guzik said.

This was the previous big El Niño that Guzik remembered, in addition to several smaller occurrences in 1997. Although his house didn’t suffer damage, he remembered a few other problems.

“Down the street, there was some major flooding, and I had to walk down the street with a shovel and clear some of the drain basins because it was backing up all the way up the street because it wasn’t draining properly,” Guzik said. “Also one of my neighbors up the street had emergency tree service come and cut down a tree that was in danger of falling on some power lines.”

Foothill teacher Kurt Miller was studying at UCSB during the 2005 El Niño.

“In 2005 when I was in UCSB, one of the big things that happened was that during the month of January, it [seemed like] it rained nearly every day,” Miller said. “One of the issues was that the 101 closed that month because of a landslide […]. The ground became so saturated that the whole mountain side slumped and covered the 101 between Santa Barbara and Ventura.”

“In 1969, I remember it hailed amidst all of the rain we got. In 1983, I was working down at the pier fish house, and the surf was giant for six months, or so it seemed. We got a lot of erosion down there at the beach,” Kellogg said. “[In 1995], the rivers swelled to capacity and had a bunch of helicopter rescues out at the rivers.”

Preparation for the storm at home

Preparation is a key step towards safety, and you can take many different steps to be ready for a fierce storm. When preparations are discussed, most people often forget the importance of communication within a family. It’s necessary to have this talk as soon as possible, as you can never anticipate when a storm will strike. Don’t forget to bring up any pets, and to account for them in your plan.

Along with discussing a disaster plan, also figure out what you will be doing to prepare for the storm.

“At my house, we bought sandbags in case we need to absorb water in an emergency,” Guzik said.

Sandbags are useful tools for emergency home protection, especially if your home is in a flood-prone area. Directions to fill and place sandbags can be found here.

Proper usage of sandbags can help prevent your property from being flooded, though there are several other steps that can be taken at home.

“One of the big things is cleaning out your drains, [because] if things get stuck, water builds up and that’s how you get flooding,” Miller advised. “Improving the flow of water throughout your yard helps big time. Water gets stuck, and that’s when you get issues.” Directions to clean and repair house gutters can be found here.

In addition to checking out the gutter, thoroughly examining your home for any breaks and leaks and getting them repaired is necessary to avoid any openings for water to leak into your home.

Even if you live in a second story apartment, there are still precautions you can take, such as fixing the cracks near windows and examining the ceiling of the room. It is advised to open up communication with your landlord to know what their plan is to prepare for the storm.

“I’m not worried about flood damage specifically to my apartment. There could be some water damage in my garage which is down below,” Miller said. “The only thing I would worry about is that some of the wood is a little bit old, so I wonder if it gets too saturated or too heavy if things might break.”

In case of dire emergency, having an emergency kit ready is a much needed asset. Whether the area suffers from power outage or even an evacuation order, a kit can contain food, water, lights, and first aid for 72 hours. Know where you will store the kit, whether that be at home, in your car, or preferably one in each. 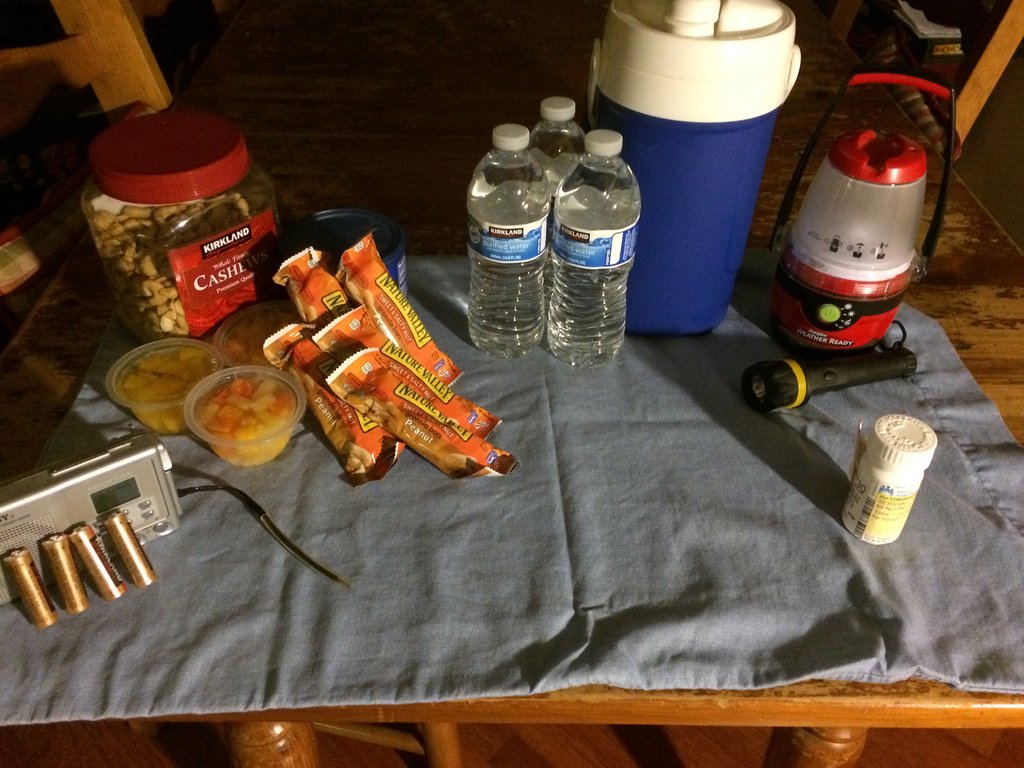 Being ready at any time

Although keeping track of the weather forecast is useful for knowing the movements of the storm, it’s important to be able to be alerted at a moment’s notice. You can sign up here with Los Angeles’ El Niño page to be notified by either text, email, or call when an emergency alert is sent out.

The heavy rain can erode hillsides and cause a mudslide, which could happen at any time, so be aware of potential danger if you live near the hills. These hazards not only affect those that live near the hills, but also those who drive anywhere near a hill.

When driving in heavy rain, stay alert for any potential hazards, such as mudslides and fallen trees. Additionally, review driving techniques such as how to recover from hydroplaning and skidding. Keep updated to know if a highway closes so you can plan a safe route ahead of time.

“I’m hoping that there’s not going to be any major disasters. For example, the Solimar fire happened, and there’s risk of a mudslide there,” Guzik said.

Weather is highly unpredictable, and El Niño is no exception. The California Department of Water Resources states that the heavy downpour “will put our Golden State at high risk for flooding.” If you encounter water in the road, it is imperative that you do not take the risk and proceed, and that you turn around immediately. If you are unable to return home, the prepared emergency kit will be of use.

Not only do you have to be ready outside of your home, but when when you’re inside as well. You need to be able to respond to mandatory evacuation orders, with little to no time to pack anything, which makes preparing an emergency kit even more vital. From there, abide to the plan that you have agreed on with your family to ensure that you won’t stay separated for too long.

The effects of El Niño

El Niño will bring about heavy downpour to an area that has been deprived of it by the infamous California drought, though this doesn’t mean that the drought is over.

“There’s already been record rain. I heard that [on Jan. 5-6], we had more rain than in the year of 2015, so tons of rain is great,” Guzik said. “From an environmental perspective, I hear a bunch of students saying, ‘Oh, there goes the drought!’ but that’s actually not a very accurate perspective; we still need a lot more rain to make a dent in the drought so it’s still important to conserve water, and make sure we’re doing the best to collect any rainwater.”

“Right now, the surf’s big, and if we keep getting storms it will stay big for a while, which will lead to more erosion,” Kellogg said.

“The last week we’ve seen quite a bit of large surf in Ventura and Santa Barbara,” Miller said. “It came with stormy conditions, [and surfers often] look forward to El Niño because it brings storms that track a bit lower in the hemisphere, […] which brings larger surf to areas like Santa Barbara and Ventura.”

The storm may also cause some interruptions in school and work, as the rain has caused some bad flooding which prevents use of the roads.

“I’m hoping we get as much rain as we can, and no one gets hurt.”