Otto Tielemans: 10 ways to tell you are from Southern California 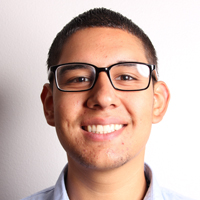 The District of Columbia is a fast-paced, high-brow oasis filled with ambitious individuals who probably (a) think they are better than you and (b) probably can’t afford the things they wear. That being said, I want to assimilate into this cult-like society really, really bad. Not only because I think I’m better than everyone else, but also because the East Coast will probably be the place where I start my new life.

However, transitioning from California to the District of Columbia has been a little bit more difficult than expected. Below are ten things I’ve noticed that make me stand out as a West Coast kid.

1. You think you have entered Dante’s Inferno when it’s summer

Maybe it’s because I grew up right next to the ocean and became accustomed to the breeze, but DC has a very hot temperature that no human could sanely become accustomed to. Every day you feel as if you get closer to the Earth’s core and you wonder how people can wear suits in mid August.

2. You think hell has frozen over when fall sets in

Last time it got below fifty degrees in California, all of the state’s crops were ruined. Here, you’ll be lucky if the city does not shut down because of all the snow. So most days you look outside the window and contemplate whether or not your sun-kissed skin can stand the walk to class.

3. You think every motorcade is President Obama

You know that other important people live in our nation’s capital, but you still assume that every motorcade is President Obama. That being said, you are always very disappointed when it turns out that the armada of cars is just a foreign dignitary from a country whose name you can’t pronounce and flag you can’t recognize.

4. You have no idea what seasons are

Given the facts that the leaves only turn orange in California when they are on fire, the altering of leave’s colors takes you aback. You stare at trees and bushes in a confused manner. You wonder if the gardener has forgotten to water the plants. But then you come to the realization that there is such a thing as “fall” and “winter” on this side of the country.

5. You are ignorant to the fact that there are “color seasons” and have to rotate your wardrobe

Since the sun is always bright and the leaves are always green in Southern California, there is never any reason for why you should alter your wardrobe. That is not the case here in the East Coast. When it’s the second week of fall and you walk out of your room in a bright green shirt, you stand out like a sore thumb.

6. You don’t have an accent

Everyone here has an accent. They say the word “water” funny or place an extra heavy emphasis on their vowels when talking, yet you don’t have an accent. At all. You feel excluded because of the lack of an accent, but then you hear other people talk and praise the heavens for sounding like a normal human being.

7. You miss Mexican food almost as much as you miss your mother

I miss tacos. I miss burritos. As a matter of fact, I miss burritos so much that I asked the waiter at the sushi restaurant to not cut my sushi just so I would at least feel as though I was eating Mexican food. Yeah, it’s a problem. So when you are walking down the street and see a food cart that isn’t selling kabobs or curries you unconsciously throw your money at them to get an overpriced taste of home.

8. You are shocked at the heavy density of Caucasians

Southern California has a lot of Hispanics and other minorities. The North West zone in the District of Colombia does not. When you first arrive, you are flabbergasted at the lack of minorities to the point that when you finally see someone who resembles your skin color you have an abnormal reaction.

9. You take a selfie in front of the White House every time you go for a run

You pay a ridiculous amount of money for food, tuition, and other living expenses here on the East Coast. So when you pass the White House you feel a need to take a million selfies and send them to your friends back home so that they could be jealous.

10. You idiotically wait for walking signs to turn red

It seems as if cops on my side of the country are only interested in two things: protecting embassies and protecting President Obama. So when I eventually realize that I can jaywalk, there is a new pep in my step and I walk across the street during a red light like a boss.