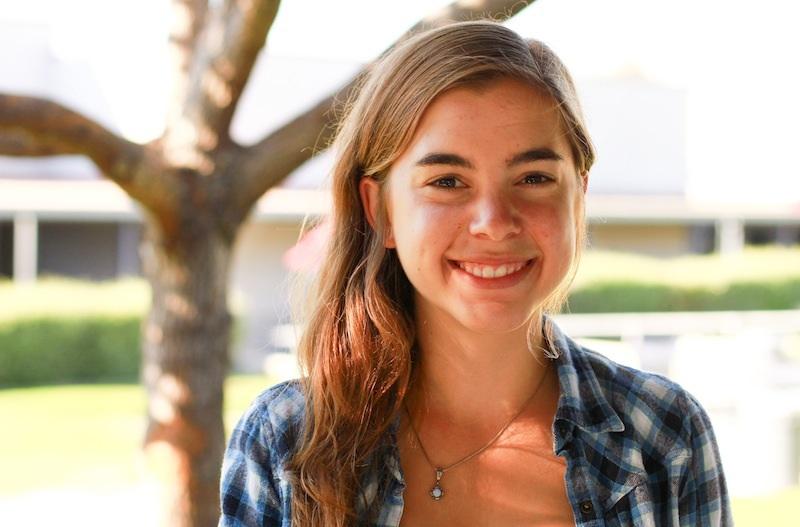 Glenda Marshall received the Ventura County 'Female Student of the Year' award and will be honored on December 12 at . Credit: Aysen Tan/The Foothill Dragon Press

I am not a YouTube person. While I know a lot of teenagers enjoy obsessing over videos of double rainbows and grown men dancing in fox costumes, I have never found YouTube to be particularly entertaining. Please don’t mistake my distaste for criticism. Considering I have pretty much sold my life to Netflix Livestream, I am in no place to condemn my peers’ guilty pleasures. All I am saying is that I would rather watch Sherlock than listen to a goat bleeping a Taylor Swift song.

The other day, however, I decided to venture into the world of Youtube to watch Miley Cyrus’s new video for her song “Wrecking Ball.”

I was changed in two ways after watching her video.

1. I will never be able to ride on a tire swing again.

2. My childhood was destroyed.

Growing up, I lived for Hannah Montana. Pathetic? Yes, but I have no shame. Miley Cyrus was my role model. She was funny, pretty, and, in my opinion, extremely talented. She had a distinct personality and voice, unlike all of the cookie cutter Disney girls these days.

Sadly, Miley started to lose it around 2010. Wishing to shed her “Disney image,” she became another pop-culture trainwreck. At first I was unsure how to respond, but I had faith that Miley Cyrus could, in fact, be tamed. When everyone else was hating on Miley, I defended her. When she got caught smoking, when she walked out of the hairstylist looking like Tinkerbell gone wrong, and when she got engaged at 19, I still stood up for her.

Then the VMAs happened. I was distraught, but even after such an audacious performance, I still held on to an inkling of hope. Therefore, when the video for Wrecking Ball came out, I foolishly hoped she would redeem herself. Needless to say, I was wrong.

The worst part is that her song actually had a lot of potential. It started as a nice, innocent close-up of her face and I thought it might have a chance. But no. The next moment she is seductively licking a sledgehammer and riding naked on a wrecking ball. My hopes came soaring down just as quickly as they had risen, and I was once again left to question Miley’s common sense.

I wish she would realize that she will never completely get rid of her Disney reputation. Miley will always be Hannah Montana just like Justin Timberlake will always be the lead singer of N’Sync, Harrison Ford will always be Han Solo, and Rebecca Black will always be the idiot who sang “Friday.” Miley claims that she wants to “mature as an artist,” but, the last time I checked, dancing on stage with teddy bears in a sparkly nude bikini is not exactly the dictionary definition of maturity. It takes more than appallingly scandalous dancing to become respected as an artist. I truly think she is a talented singer, but until she shows some self-respect and pulls herself together, there isn’t much I can defend any longer. Miley has twerked her way out of my heart and left me to mourn the death of my innocence.

So, Miley, I am afraid I must give up on you. It was great until you went completely insane. And if I may say one last thing, I know that you can’t stop, and you won’t stop, but please, just put on some clothes.